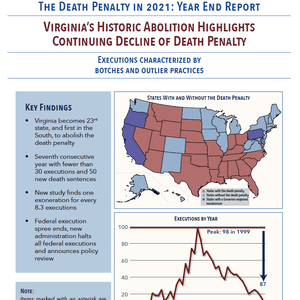 The year began with three exe­cu­tions that con­clud­ed the Trump administration’s unpar­al­leled spree of 13 fed­er­al civil­ian exe­cu­tions in six months and two days, and saw state attempts to revive grue­some, dis­used exe­cu­tion meth­ods and to intro­duce nev­er-before-tried ways of putting pris­on­ers to death. The low num­bers were once again unquestionably…

In 1993, the House Judiciary Committee’s Subcommittee on Civil and Constitutional Rights con­duct­ed hear­ings on what was then a rel­a­tive­ly unknown ques­tion: How sig­nif­i­cant was the risk that inno­cent peo­ple were being wrong­ful­ly con­vict­ed and sen­tenced to death in the United States. That research — under­tak­en before the avail­abil­i­ty of the internet… 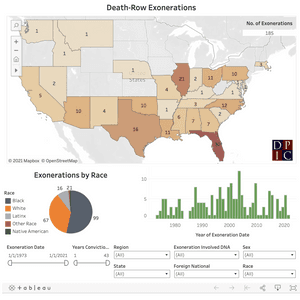 At the end of the year, more states had abol­ished the death penal­ty or gone ten years with­out an exe­cu­tion, more coun­ties had elect­ed reform pros­e­cu­tors who pledged nev­er to seek the death penal­ty or to use it more spar­ing­ly; few­er new death sen­tences were imposed than in any pri­or year since the Supreme Court struck down U.S. 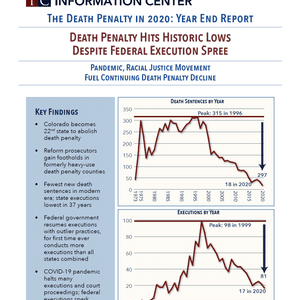 DPIC Analysis: Use or Threat of Death Penalty Implicated in 19 Exoneration Cases in 2019

The use or threat of the death penal­ty was a fac­tor in more than 13% of exon­er­a­tions across the United States in 2019 and near­ly 95% of those cas­es involved some form of major mis­con­duct, a Death Penalty Information Center analy­sis of data from the National Registry of Exonerations has revealed. However, DPIC’s review of the National Registry’s…