DPIC Analysis: Use or Threat of Death Penalty Implicated in 19 Exoneration Cases in 2019

The use or threat of the death penal­ty was a fac­tor in more than 13% of exon­er­a­tions across the United States in 2019 and near­ly 95% of those cas­es involved some form of major mis­con­duct, a Death Penalty Information Center analy­sis of data from the National Registry of Exonerations has revealed. However, DPIC’s review of the National Registry’s…

Enduring Injustice: the Persistence of Racial Discrimination in the U.S. Death Penalty

(Washington, D.C.) As social move­ments pres­sure pol­i­cy­mak­ers to redress injus­tices in the crim­i­nal legal sys­tem and to insti­tute reforms to make the process more fair and equi­table, the Death Penalty Information Center (DPIC) today released, ​“Enduring Injustice: the Persistence of Racial Discrimination in the U.S. Death Penalty.” This report… 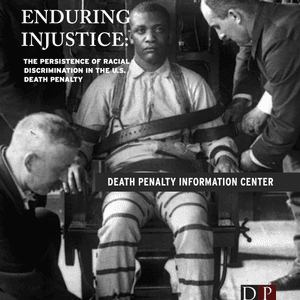 At the mid­point of 2020, there had been 13 new death sen­tences, imposed in sev­en states, and six exe­cu­tions car­ried out by five his­tor­i­cal­ly high-exe­cu­tion states.